Developing knowledge that improves lives for all Proactively increasing opportunities at the highest levels for women in science can unleash new reservoirs of human capital—and improve progress in many fields.

According to the CDC, the leading cause of death for women in the US—killing about one in every five—is heart disease.

While that figure might surprise you, you are probably less amazed than you might have been twenty or thirty years ago, when heart disease, especially heart attacks, were perceived to affect mostly men. That was because our understanding was based on research in men, often in male physicians.

We latest realized this gender (and perhaps class) imbalance in research was having serious effects on heart health in women. Women were screened much less aggressively and showed far different symptoms, ending with less timely treatment. Even the treatments themselves were called into question, because many had never really been studied in women.

Uh, isn’t this a blog about neuroscience? Why are we talking heart disease?

In part, because we don’t want science to keep repeating the same mistakes. 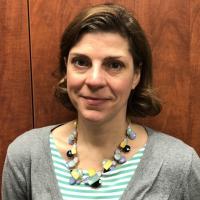 Back in 2005, Harvard President Lawrence Summers provoked a firestorm by suggesting that women’s lack of success in scientific fields resulted, in part, from differences between the male and female brain, or, as he called them “issues of intrinsic aptitude.” (Interestingly, while he followed up with “I would like nothing better than to be proved wrong,” he did not articulate a call for—or greater investment in—research on the issue).

To his credit, Summers did cite two other potential causes for the disparities in career trajectories between men and women: frank discrimination and women’s reluctance to give up raising a family, which might compromise their ability to devote every available moment to building their careers. 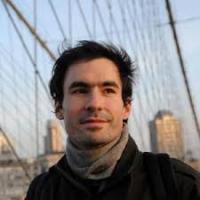 These are related problems, and solutions depend on interventions in the academic process at multiple levels. Anne-Marie M. Oswald, PhD, (who recently moved to UChicago) and Srdjan Ostojic, PhD, from Ecole Normale Superieure in Paris, France, recently took on one aspect of this issue critical to women already beginning to achieve success in neuroscience: visibility at scientific conferences. Presentations at academic meetings are among the most essential methods to introduce new scientific paradigms and areas of research, as well as build the reputations and careers of those presenting these ideas.

As program chairs of the multidisciplinary Computational and Systems Neuroscience (Cosyne) conference, Oswald and Ostojic decided to proactively address bias involving gender and other forms of diversity. Knowing that Cosyne usually only accepts about half the proposals submitted—the bulk as posters rather than podium presentations—Oswald and Ostojic introduced three new approaches to develop the conference agenda.

First, they expanded the program committee and filled vacant positions to roughly the level of gender, institutional, and scientific diversity reflected in abstracts submitted to Cosyne for the two previous years. They then explicitly instructed committee members to recruit both female and male referees to evaluate submissions in their fields of expertise. These initiatives increased the proportion of women participating in the program committee or acting as referees to a third or more of each, somewhat higher than the 20 percent of women estimated in the field at large. 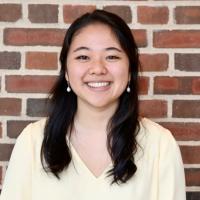 The next step was to evaluate the review process and how anonymizing the authors might affect the evaluation of papers. Haruka Uchida, a graduate student in economics at the University of Chicago, designed a study to consider how the identity of a paper’s first author (often a student or a younger academic) and last author (usually the principal investigator, often mid-career or above) influenced the assessment of each abstract. Every paper was scored both blinded and un-blinded.

While studies had evaluated whether anonymizing reduces discrimination against particular classes of authors, none had ever actually collected non-anonymized and anonymized scores for the same papers. Uchida’s approach ensured that results were not being driven by the fact that some authors may preferentially choose to submit to blinded or non-blinded evaluations.

Uchida found that in non-anonymized reviews, female authors scored significantly lower than their male counterparts. She also found that student authors scored lower than postdocs or professors, and those from lower-ranked institutions scored lower than those from higher-ranked ones. When the same papers were evaluated by referees who did not know the identity of the authors or institutions, the scores for students and authors from mid-ranked institutions improved significantly. The difference in scores between female and male first authors were insignificant.

In scientific communities like computational neuroscience, where people know the outlines of each other’s research, double-blind reviews still leave a lot to be desired, but Uchida showed they clearly help younger or less well-known scientists. However, the authors suggest a stronger reason—identified in an earlier study—why double-blind reviews might not resolve differences: as “male authors typically frame their findings more positively.” Oswald and Ostojic suggest proactive training, for both for the authors and the reviewers, could put male and female authors on a more equal footing.

Since double-blind review did not completely resolve gender disparities, Oswald and Ostojic invoked a third strategy for representation by female scientists, a “finger-on-the-scale” approach. They increased the number of poster slots to add abstracts at the scoring borders which were authored by women. They also made sure 50% of podium talks were by women, an ongoing initiative for Cosyne. By implementing these strategies, they were able to achieve a much better gender balance in both poster and podium presentations.

Of course, there are those who might question the goal of these strategies. Do we really want to change the “rules” to increase diversity? For now, yes. Passive approaches, such as double- blind review, may not be enough. By choosing to make women visible in science, the idea of who is or can be a scientist changes. Science itself evolves with diverse perspectives that open new avenues for understanding.

One recent example: bird song, studied as a model for understanding how we acquire speech, has historically been investigated from the perspective of song learning in male birds.  However, studies of birdsong in female birds, spearheaded by women scientists, have challenged the notion that only male birds sing songs to attract mates or communicate.

Unfortunately, the COVID-19 pandemic is exerting its own future hit on women’s productivity. Already there is a notable decrease in journal submissions by women as they take over the bulk of family responsibilities in the face of school and daycare shutdowns. We need an active approach to support female scientists as they juggle these added responsibilities.

As with cardiac research, we cannot afford to understand only half—or less—of the population. We need everyone around the table asking the questions that can improve lives for all.