The "parents" that develop neurons and maintain them through life Proteins active in a neuron’s development can have powerful roles in its maintenance later: a “temporal modularity,” where proteins take on multiple roles at different times in a cell’s life.

There are nearly eighty billion people in the world. They are all different, yet all operate in connection with others: some with a limited number of people, others with thousands. Pairs or groups might intersect constantly or erratically, intimately or at a distance. The types of interactions vary as much the individuals themselves, governed by differing languages and philosophies and resulting in greater or lesser effectiveness.

All these many relationships begin with one prime interaction: an ovum and a sperm that came together to create a person.

That conjunction assembles a genetic blueprint, the rough outlines of what each baby might become. But the parents’ job is just beginning. For children to develop adult identities, they are critically dependent on those who, early on, spend lots of time touching them, making eye contact, talking to them, and savoring the babies’ responses.

As connections between parent and child solidify, it’s time to introduce the babies to the larger world, connecting them with friends and relatives, other children, daycare, school, sports, the arts. These new relationships help the child grow, learn, fit into the larger networks of life, where they can realize their potential as adults.

In the human brain, there are approximately eighty billion neurons, all different, yet destined to operate in connection with others. They all come from the same single source: one combination of ovum and sperm. And there is, perhaps not surprisingly, a molecular version of “parents” to guide their growth, development, connection, and function—proteins called terminal selectors.

Terminal selectors are transcription factors; they control how and when genes are activated. In effect, they help guide what a neuron will be when it “grows up” and how it will fit into the diversified network of neurons in the brain and throughout the body. 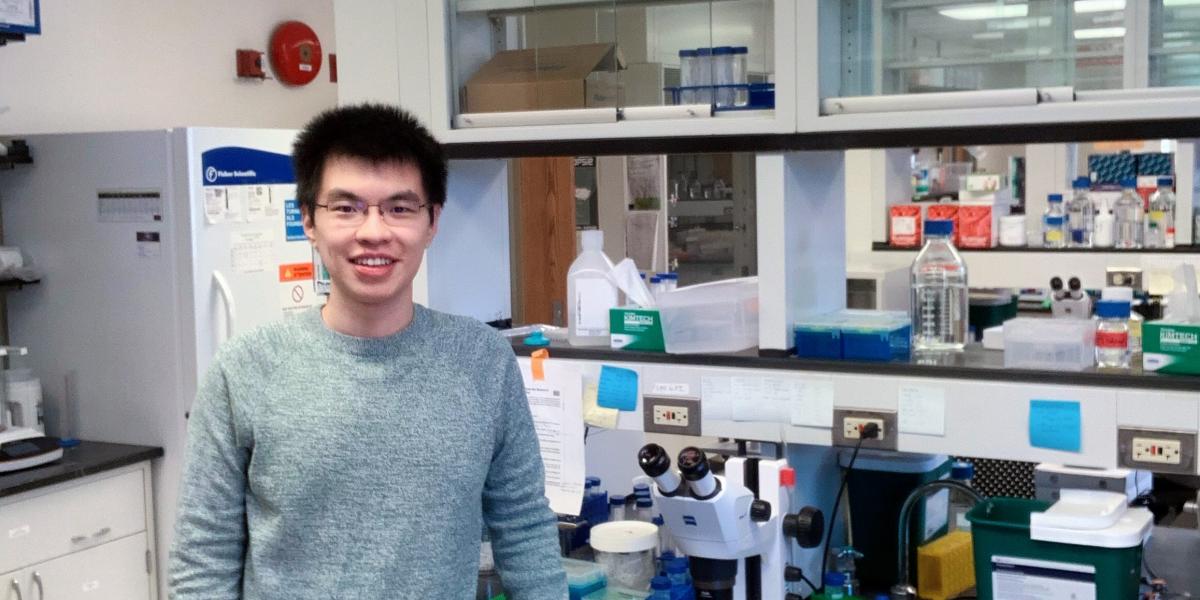 Yinan Li, a graduate student at UChicago, wants to understand how these transcription factors work. But trying to catalog the development and eventual function of one neuron among the eighty billion in the human brain would be outlandishly complex. So Li chose to start with C. elegans, a tiny roundworm, for which scientists have already mapped the 7,000 connections among each of its 302 neurons of maybe 120 distinct types. Since these neurons constitute about a third of the total cells in the worm’s body—which is also, conveniently, transparent—C. elegans is a manageable yet sufficiently intricate model for studying the development of the nervous system.

Li has been interested in neuroscience since he was a kid, when he saw a documentary on Alzheimer’s. He was struck by how the death of neurons in Alzheimer’s gradually turned an individual into a completely different person. He realized the nervous system “basically defines who we are” and saw his own identity as a researcher taking shape. In undergraduate school, he expanded his studies of neurodegenerative diseases past Alzheimer’s and realized that specific types of neurons were susceptible in each disease—for instance, motor neurons in ALS (Lou Gehrig’s disease). For Li, the quest was on: how to understand the many, varied kinds of neurons, their development, and why some become differentially pathological. What were the molecular mechanisms that drove these processes? 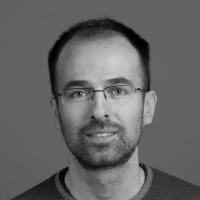 His work, under the mentorship of Paschalis Kratsios, PhD, at the Kratsios Lab, has been quite productive so far: together, they showed how a certain terminal selector was responsible in part for assuring a young neuron stayed on the right developmental path as it established its own identity. But in their most recent paper, Li and Kratsios showed that UNC-3 took on a much different function, maintaining mature neurons that supported movement in the worm.

As Li points out, this dynamic is similar to how your parents provide a whole different set of functions to you as an adult—like how to fix your sink, manage your career, take care of your car—support quite different from holding your hand as you meet your first preschool teacher, but invaluable none the less.

Li says his understanding of gene regulation in neurons has only expanded all he’d like to accomplish in his research career. Understanding the “rules” of cell development and maintenance will go far toward knowing how to intervene in disease processes.

Saving the world—or at least saving people’s health—is a goal that can inspire Li and others for years to come.